The Commune is showing in Plymouth Arts Centre cinema from 9-14 September.

We’ve all got one – the friend who refuses to watch anything with subtitles for no reason they can properly articulate.

They are missing out on so much from one of my all-time favourite films, Les Visiteurs, to films like The Commune from Danish director Thomas Vinterberg.

I think subtitles now also add an additional, useful requirement to concentrate and actually watch the screen in this era where we are all continually glued to our phones.

At the centre of this film is the fine acting of Trine Dyrholm as Anna a TV newsreader whose husband university lecturer Erik, played by Ulrich Thomsen, inherits an enormous house in 1970s Copenhagen.

Cue friction and misunderstandings you might imagine, but the commune’s inhabitants remain pretty amicable and the threat to Anna and Erik’s relationship which emerges doesn’t actually come from within, as might be expected.

Instead the rigid democracy which underpins the group’s decision-making comes back to bite Anna when Erik proposes to move someone else in.

A secondary, rather mawkish, story of the ill child of two of the other occupants seems to serve as a clumsy allegory for the nothing-lasts-for-ever message of the film.

For a more satisfying and touching exploration of Nordic communal life I’d recommend Lukas Moodysson’s Together but Dyrholm’s Anna is worth watching The Commune for alone.

Her performance as her life begins to crumble is affecting and real and shores up my longheld belief that communal living – forever at the mercy of delicate dynamics – is only for a certain kind of person for a certain amount of time. 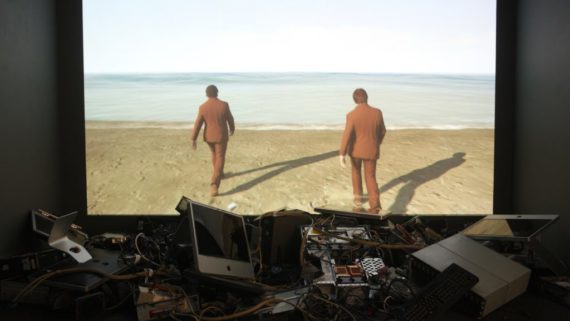 It’s International Women’s Day on 8 March and here at PAC we are celebrating by ...
END_OF_DOCUMENT_TOKEN_TO_BE_REPLACED

Plymouth Arts Cinema is one of more than 200 independent cinemas across England being supported ...
END_OF_DOCUMENT_TOKEN_TO_BE_REPLACED

It’s that time of the year when we usually take a long and affectionate look ...
END_OF_DOCUMENT_TOKEN_TO_BE_REPLACED

We are very pleased that we are able to end 2020 on a positive note. ...
END_OF_DOCUMENT_TOKEN_TO_BE_REPLACED